Gig economy companies like Uber and Lyft employ millions of independent contractors, who may be misclassified. Classifying workers as employees is often framed as an "existential threat" to gig economy business models. The companies have instead lobbied to "modernize labor law".

Regulate us, but don't regulate us. 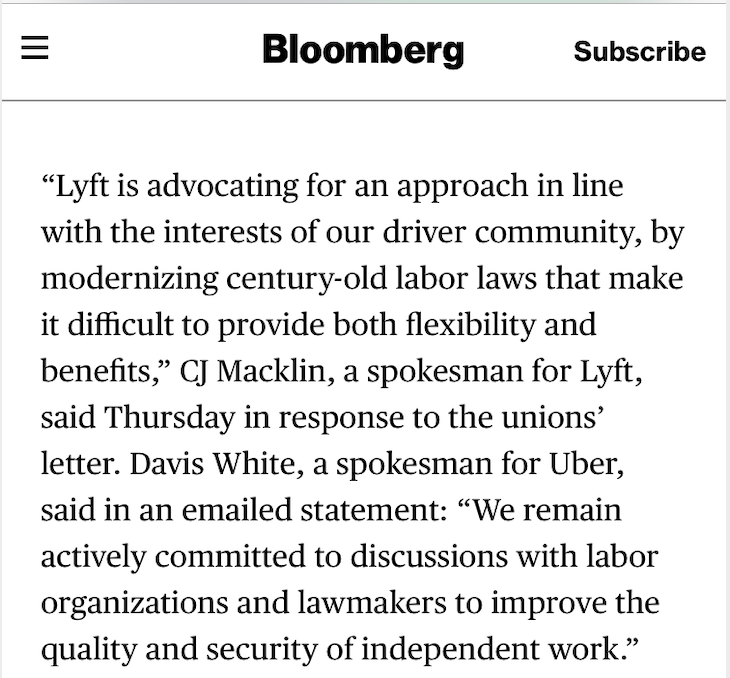 This slogan relates to AB5, a law passed in California that reclassified Uber, Lyft and other gig economy workers as employees. In fact, AB5 codified an existing State Supreme Court ruling (Dynamex) that simplifies the criteria for who is an Independent Contractor and who is an employee under the law.

In response, gig economy companies and allies have centered public debates around the idea of flexibility. They claim that they deserve a reduction in their obligations under existing labor law in exchange for the flexible schedules they offer workers.

(But they are not obliged to offer that flexibility to the future, because this rhetoric is not premised on giving workers any bargaining power.) 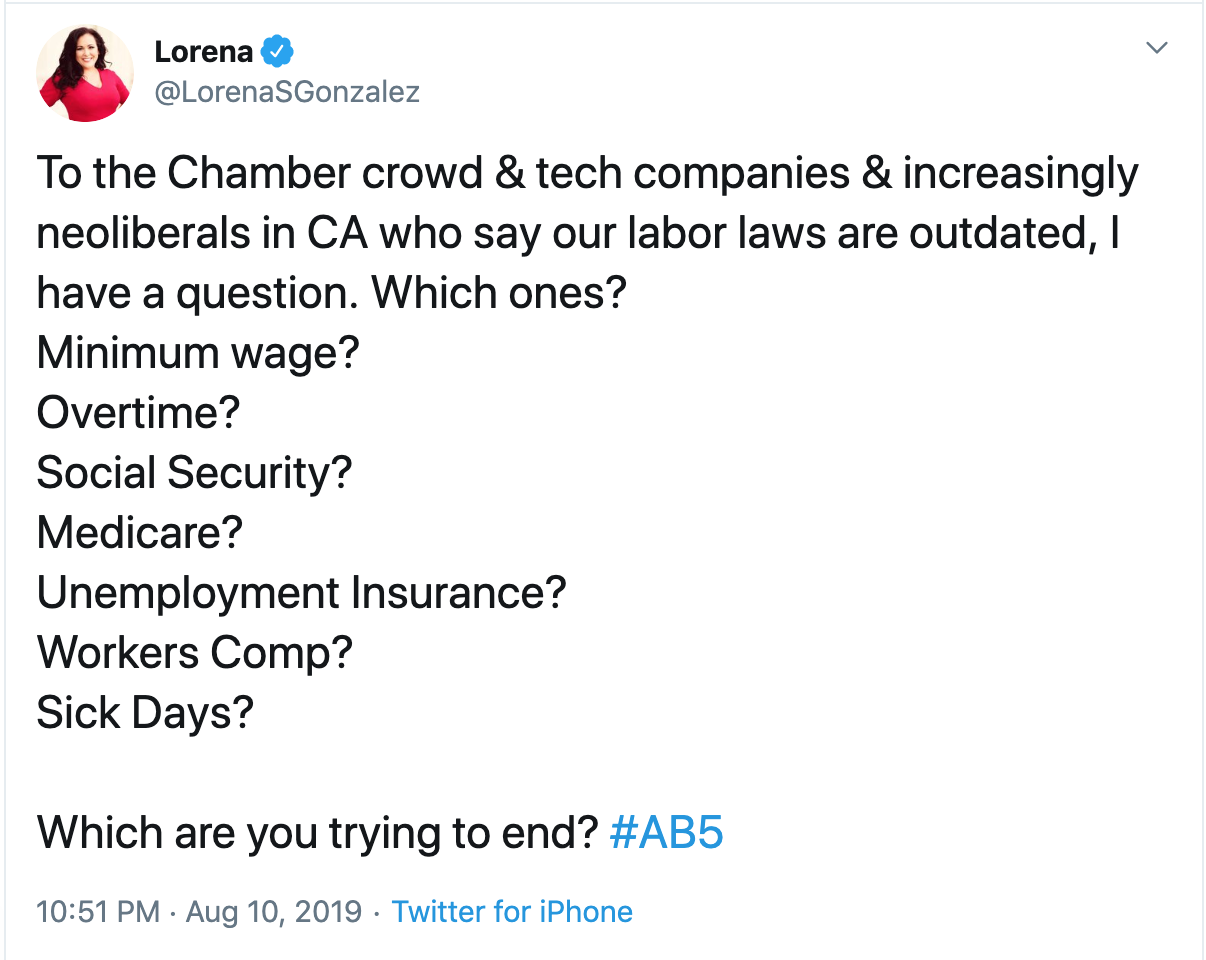 To add to the confusion, "modernize law labor" also refers to efforts by labor advocates and business/employers to create a third classification of labor that is similar to the "dependent worker" category in Commonwealth countries.

you own your data
talking point
Would be nice, but unfortunately not true in the United States.

blockchain
noun
A largely useless distributed data storage system unless you're a criminal.

to launch
verb
The future is here and it's a better place.

#the future is here #and it is better place