A way to avoid responsibility for hate speech and inappropriate content.

A claim made by digital media companies to explain their inability (or unwillingness) to moderate content at a level sufficient to block hate speech and other harmful content.

The argument is specious in part because social media companies are already immensely powerful; any company that can set a policy that impacts hundreds of millions of people has an obligation to use its power responsibly.

The statement conveys an important tension: while social media companies have said they will do more to moderate content, particularly in the wake of the Christchurch tragedy and other incidents, they have been reluctant to draw clear lines that could be perceived as censorship. At the same time, the companies have resisted government regulation, which would of course reduce their power.

A way to avoid responsibility for hate speech and inappropriate content. 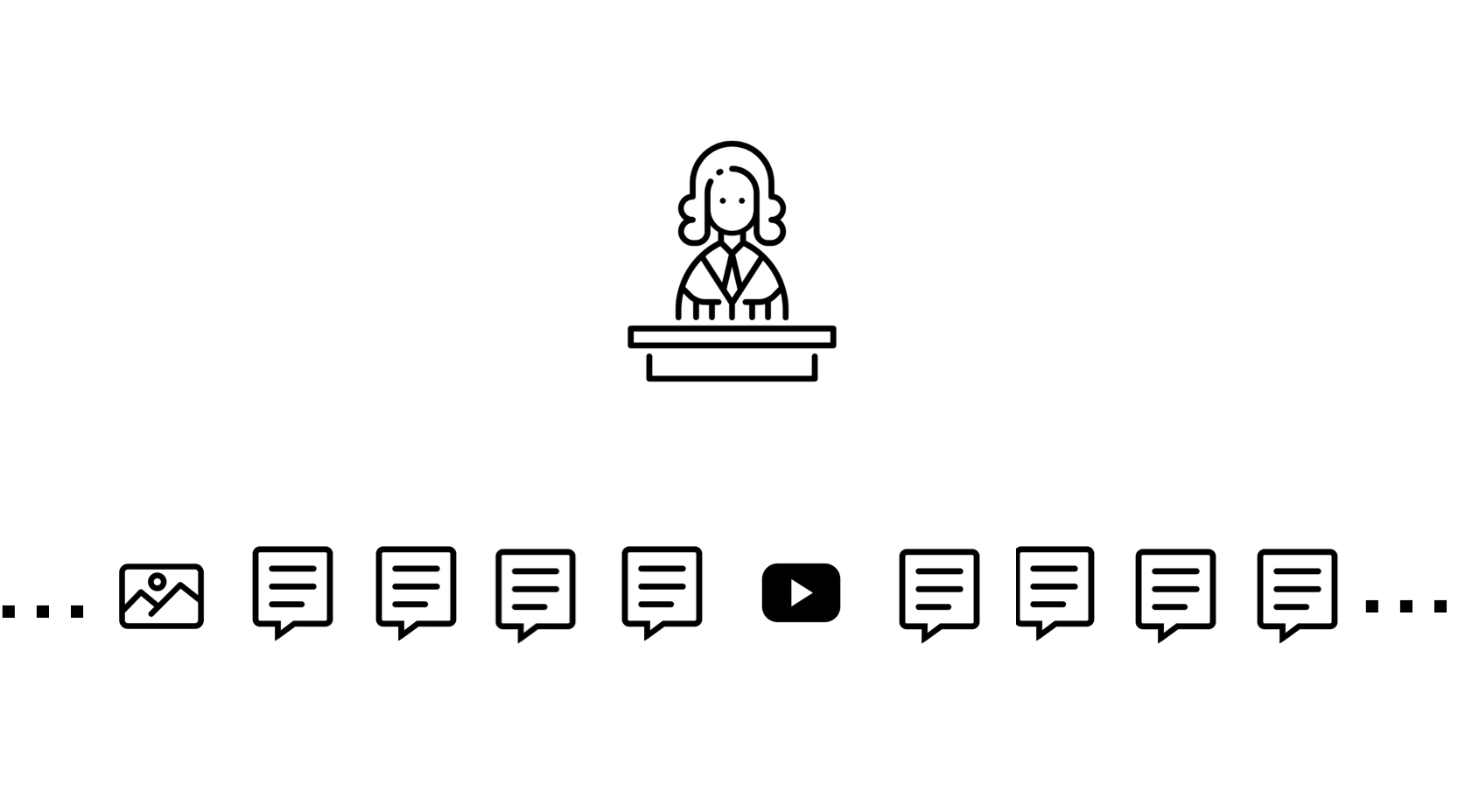 Power comes from the option to moderate content at a massive scale. The specific moderations policies could be good, bad, biased, fair, aggressive or lenient; that is irrelevant to how much power a company has.

There are ways to address the power that tech platforms have (e.g. regulation, antitrust, etc.), but that debate is orthogonal to whether they should be more aggressively addressing the abuse, harassment, misinformation, bigotry etc. on their platforms.

net neutrality
noun
Like the Equal Protection Clause but for the internet.

algorithm
noun
It wasn’t us, it was the computer.
but we're connecting people
talking point
A perplexing statement that Facebook uses to justify anything bad that happens on its platform.