100 percent of the tip goes to the driver

A “reassuring” response to the newest way of stealing money from workers.

A food delivery app called DoorDash guaranteed that "100% of the tip goes to the driver," without adding that DoorDash applied the tip to the base rate of pay, rather than in addition to their pay. This policy was highlighted by the The New York Times in 2019 and caused significant backlash, which eventually resulted in DoorDash changing their policy. But not before they said they would and didn't.

Other companies, including Instacart and Amazon Flex, have made the same claim, which is technically true, but rhetorically dececptive to consumers and workers.

To be clear, no-one is tipping their deliveryperson or driver in order to subsidize a billion-dollar VC venture.

*DoorDash offers a guaranteed minimum for each job. For my first order, the guarantee was $6.85 and the customer, a woman in Boerum Hill who answered the door in a colorful bathrobe, tipped $3 via the app. But I still received only $6.85. * --The New York Times 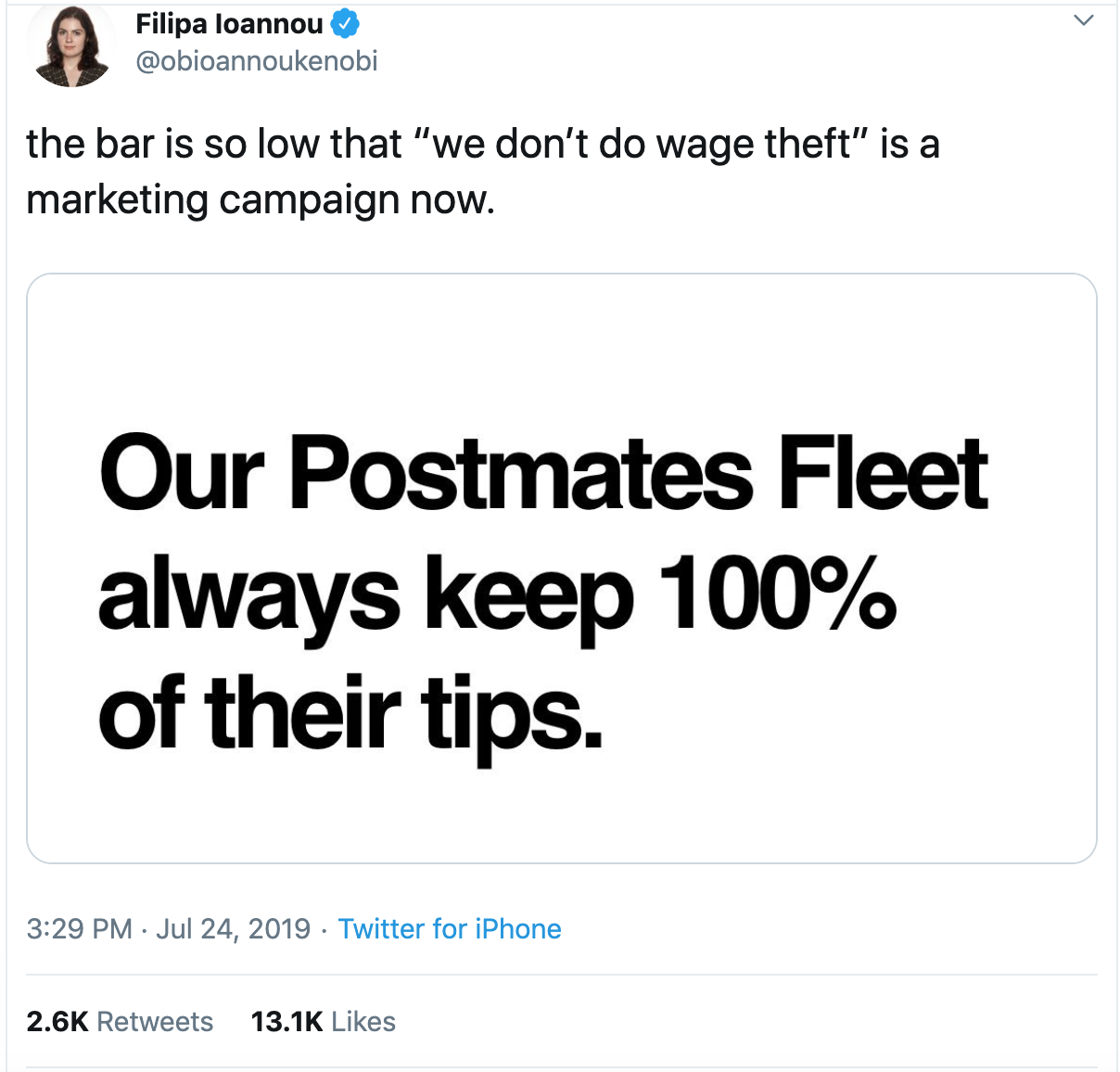 standup
noun
A daily meeting with a lot of rules.

agile
adjective
Software development is better if it's fast, because it's all temporary anyway.