it's a pipeline problem

Some variant of the excuse that "we couldn't find any qualified [female / black / Latinx] engineers to interview for the role."

There has been a lot of criticism that "the pipeline problem" is used as an easy out for companies to shirk responsiblity for recruiting and fostering diverse talent at their companies.

The former head of diversity at Facebook argued that fixing the public education system is the key to solving the diversity problem in tech:

It has become clear that at the most fundamental level, appropriate representation in technology or any other industry will depend upon more people having the opportunity to gain necessary skills through the public education system.

But Reshma Saujani, the founder and CEO of Girls Who Code, says that there are talented women and people of color looking for jobs who are being overlooked.

I get really frustrated when people say, “Well, it’s a pipeline problem! I can’t find them.” It’s simply not true... But year after year after year, I get emails from my students saying, “I applied to Google, I applied to Microsoft, I applied to Facebook. I’m a 4.0 MIT student, Berkeley, Stanford, you name it. Can’t get my foot through the door.”

it's a pipeline problem

Arguably the most alarming "pipeline problem" in technology is the leaky pipeline between entry-level positions and executive positions for women and people of color.

According to a study by the Center for Talent Innovation, 80 percent of women in Science, Engineering and Mathematics (SEM) report “loving their work”, yet 56 percent leave their organizations at the mid-level points (10-20 years) in their careers.

The NCWIT report on Women in Tech points to workplace conditions as the reason why women are exiting technical careers.

Evidence suggests that workplace conditions, a lack of access to key creative roles, and a sense of feeling stalled in one’s career are some of the most significant factors contributing to female attrition from the tech field. 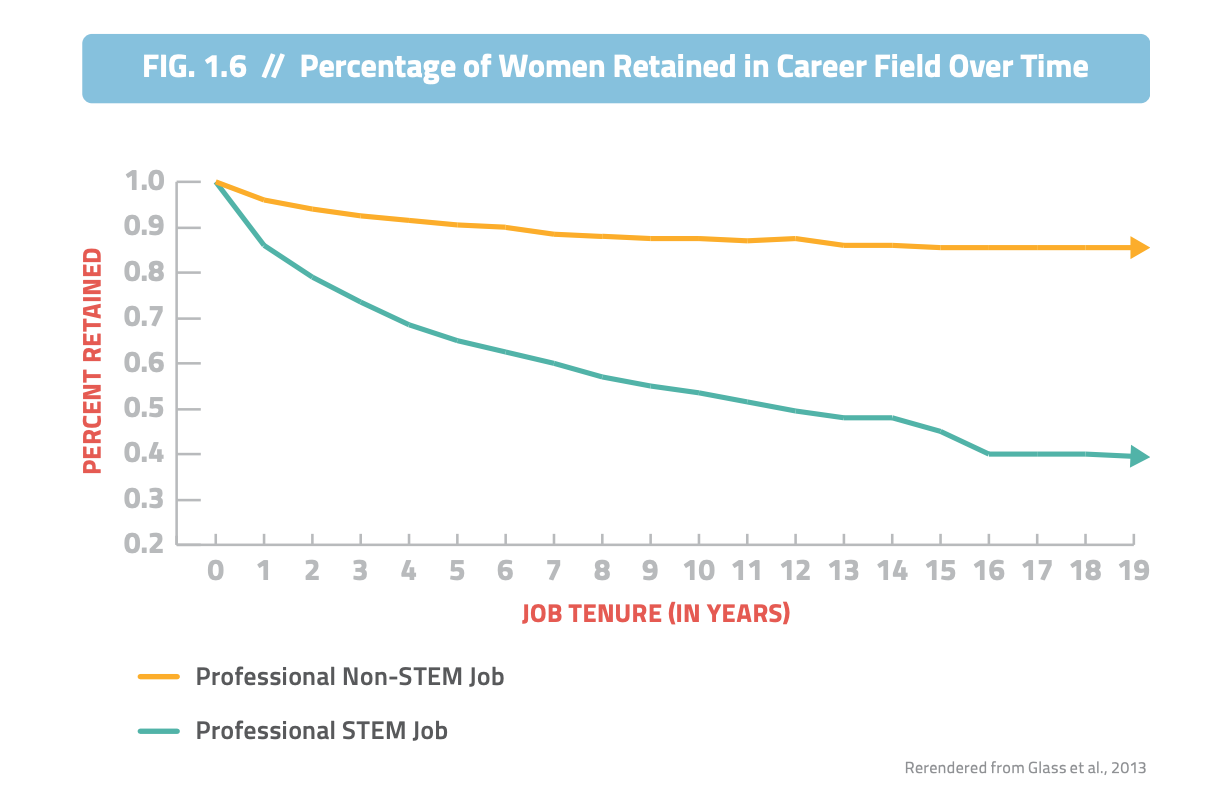 the arms race
talking point
China is at our gates, this is no time to think about regulation.

always listening devices
noun
Whatever you say can and will be used as a targeted ad against you.

backdoor
noun
Encryption with an asterisk.