A design philosophy that optimizes for user engagement, not user well-being.

Also referred to as user-centered design.

A widely adopted approach to digital product design that puts the user at the center of the design process. In practice, this involves getting feedback from users throughout the design process through surveys and interviews.

One criticism of human-centered design is that narrowly optimizing for user enjoyment has resulted in addicting digital products that, in the end, do not benefit users. An irony of the tech industry is that many people who create popular "human-centered" apps are worried about their kids spending too much time using them.

The New York Times did a story in 2018 on the growing concern in Silicon Valley over children spending too much time with screens.

Athena Chavarria, who worked as an executive assistant at Facebook and is now at Mark Zuckerberg’s philanthropic arm, the Chan Zuckerberg Initiative, said: “I am convinced the devil lives in our phones and is wreaking havoc on our children.” 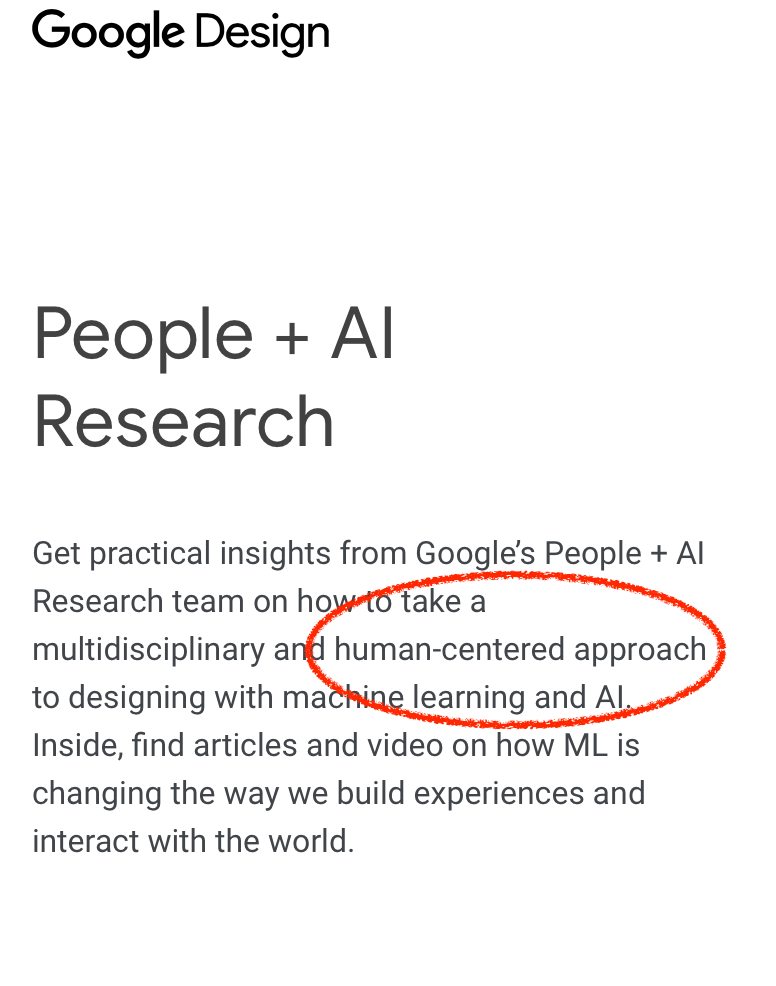 A design philosophy that optimizes for user engagement, not user well-being.

always listening devices
noun
Whatever you say can and will be used as a targeted ad against you.

we don’t share personally identifiable information
talking point
We'll delete your name before we sell all your data.

deep learning
noun
An effective style of machine learning that results in models that are nearly impossible to interpret.